What are the differences between Italian and Sicilian? Are they the same language? 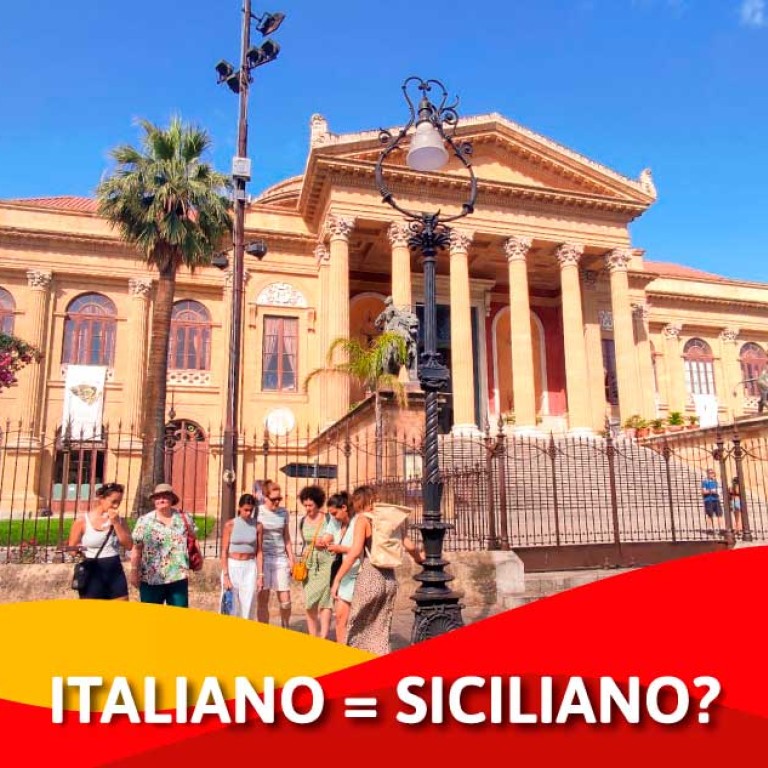 To clarify these doubts, we must begin by explaining that Italian is the official language spoken in Sicily as well as in all other regions of Italy and that instead Sicilian is a dialect, just as there are other dialects for each Italian region. The Sicilian dialect is a mix of languages influenced by the peoples who inhabited it and deriving from vulgar Latin. Many vowels and consonants are pronounced as in Italian. A curiosity is related to the verb of the Remote Past, as the pronunciation of some conjugations has the same pronunciation in Sicilian dialect. In fact, many elderly people or peasants, when they talk about a near past, mistakenly, use the remote past, because it is simpler as it is the same as the Sicilian dialect.

Is Sicilian spoken in Sicily?

The new generations do not even know it, they hardly speak it anymore.
Certainly in the inland villages, the elderly and peasants still speak it but they too try to use Italian in some areas outside the contexts in which they live.

The teachers in the classroom make this difference understood, and at the same time they use videos where the local culture is highlighted and also videos are projected on gestures, idioms, expressions also in dialect that allow students to experience the local culture while they are on vacation in our city of Palermo.
One of the lessons on tour that we offer to students is that of the Palermo markets (CAPO, BALLARò, VUCCIARA), where during the walk, the stops in the various stalls and during the tasting of street food, you can hear only a set of voices in dialect Sicilian.